A SAMPLING OF LECTURE TOPICS*

*For more details go to the Lecture Topics" page.

1. Jews in the American Civil War

2. Jewish wagons West: the prioneer Jews of the Western states

3. tThe birth and development of Ashkenaz

4. Along the Fabled Road to Samarkand: the ancient Bukharan Jews

5. Communism, McCarthy and the Jews

6. People of the kitchen:  A brief history of Jewish food.

7. Exploring the life and work of Spinoza, the renegade philosopher.

8. Cuba in transition: its once and future Jews.

9. The origins and lesser-known history of the Jews of Russia.

11.The Ancient Origins of Merchant Jews and their impact upon our history.

12. The Jews in the Renaissance.

13. The history and legends behind the development of the synagogue

124. The Unlikely Tale of Amelia Bassano: the woman of Italian Jewish descent and who became Shakespeare's Dark Lady

14. Were there Jewish pirates in the Caribbean? The how and why of Jewish life in the early Caribbean.

15. Our Past...really? myth v. reality. The real story of the early 20th century mass Jewish immigration into America and their impact upon our attitudes today.

16. The History of the Jewish Doctor.

17. Our DNA, our Jewish history, ourselves.

19. The Unexpected History of Jews in China.

20. Raising the Privileged Child (from her award-winning book, "Children of Fast Track Parents."

*For a fuller account of each of these topics go to the "Lecture Topics," page. 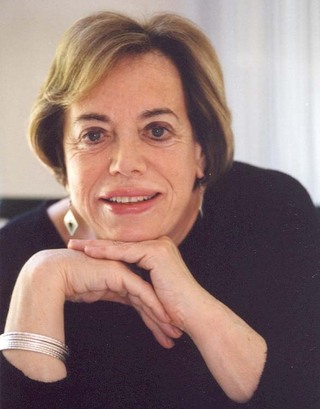 Andrée Aelion Brooks is an award-winning journalist, author and lecturer, now specializing in lesser-known aspects of Jewish history. She is popular on the speaker circuit particularly for her style of story telling, humor and insights -- qualities she brings to the topics she covers.

For 18 years she was a contributing columnist and news writer for the New York Times where she covered personal finance, the women's movement and real estate investment issues, among other topics (search NY Times website "by Andree Brooks" and/or Andrée Aelion Brooks). Later, she wrote occasional guest essays on life as an older American for the Encore section of the Wall Street Journal. She was also a regular contributor to Hadassah Magazine, among other publications, winning First Place in 2012 in the magazine division of the annual awards of the American Jewish Press Association. In September, 2014, she was appointed to the advisory board of the Connecticut Jewish Ledger.

Brooks is an Associate Fellow at Yale University and the founder and first president of the Women’s Campaign School at Yale (wcsyale.org). The purpose of the non-partisan, non-agenda based School is to train more women worldwide in the skills needed to win elective office. In November 2013, in recognition of this work, she was honored by the Connecticut Women's Hall of Fame.

She is also an historical consultant and board member of the Gomez Mill House and historic site in Marlborough, N.Y., the oldest surviving Jewish residence in the United States (gomez.org). In the spring of 2013 she served as an historical adviser for a pilot script for a planned TV miniseries based upon the life of Dona Gracia Nasi, a 16th century Jewish banker and leader. Her local volunteer positions include Westport CERT (Community Emergency Response Team), and as a board member of the Westport Center for Senior Activities where she also runs a Friday afternoon tech clinic for its members.

In recent years, she has been concentrating primarily, although not exclusively, on unusual aspects of Jewish history, writing and lecturing widely around the country on a number of these topics (see left panel). She recently completed a private commission, writing contextual history for a noted American Jewish family to accompany the genealogical research that was done on the family. The family was from Poland and Romania.

Brooks is the author of the first comprehensive biography of Doña Gracia Nasi, the Renaissance banker. This award-winning book is titled, "The Woman who Defied Kings." Some years ago, she coordinated and edited a multi-media educational program called “Out of Spain” for 5-7th graders in Jewish congregational and day schools in Sephardic history and culture. A later book of Jewish history, “Russian Dance,” a romantic thriller based on the true story of a Bolshevik spy, has been described as a “gripping narrative” by Publishers Weekly and was "highly recommended" by the American Library Association. It won First Place in the history/biography category for 2005 Contest from the National Association of Press Women.

In the late 1980's she was the author of another award-winning book “Children of Fast Track Parents,” which was featured on the Oprah Winfrey show and later made into a PBS hour-long documentary with her advice, input, script outline and consulting services. The documentary, newly-available from the author, was nominated for a regional Emmy.

For a full list of more than 1,800 articles in the New York Times by this author, go to the Times website,(nytimes.com) and search for byline Andree Brooks and/or Andree Aelion Brooks.

**LECTURES AVAILABLE FOR ALL BOOKS LISTED ABOVE AS WELL AS OTHER RESEARCH PROJECTS LISTED ON "LECTURE TOPICS" PAGE.