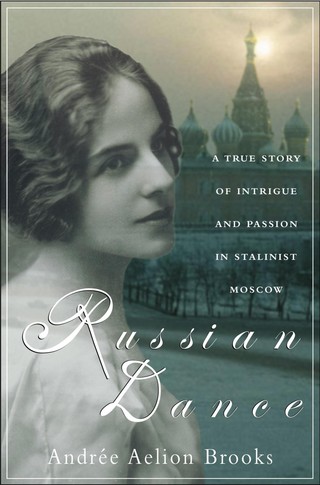 "Russian Dance: a true story of Intrigue and Passion in Stalinist Moscow"

Read our sample chapter (the Preface) right here below. Or follow the link to dip further into the book.

You can also purchase or download a copy of this book from its dedicated (amazon.com) web page.

NEW! FOR A FULLER READ OF THE EARLY CHAPTERS FOLLOW THIS LINK:(Sample chapters)

The Bolshevik revolution gave rise to heroes as well as villains. It was many things to many people. Intellectuals and the poor embraced it as the magnificent dawn of a brave new society. Ruling families and landed wealth in neighboring countries looked on aghast, terrified that the proletarian spirit of Bolshevism might spread like a virus, consuming them all. Pragmatic Western business entrepreneurs recognized a rare opportunity to reap profits from the untapped resources of the vast Russian interior. Overnight, political dreamers and exiled revolutionaries were placed in positions of power.

Many in the West wondered if these earth shakers were indeed the wave of the future or simply misguided idealists with dangerous dreams. In time, the visionaries and idealists would be crushed – not by outside foes but by Russia’s innate longings for dictatorial rule. But for a while reformers the world over were counting on these early revolutionaries to spearhead the kind of compassionate society they hoped would emerge.

I have recreated the true tale of one of those visionaries – Marc Cheftel – and the woman, Bluet Rabinoff, whom he loved. I had already known Bluet for many years when she finally introduced me to this story. For more than forty years she had lived with a fearful guilt – convinced that through her actions she had condemned her lover to an untimely death and destroyed a brilliant leader. We all pay a price for our passions. But the price in this instance became exceptionally high.

It needed telling for an even more important reason. Through its recounting unfolds the panorama of those Russian Jews who chose to alleviate the suffering of their own people, and indeed all Russians under czarist oppression, by remaining to reshape their own society rather than fleeing to other lands. Because the revolution rapidly deteriorated into a regime equally as brutal as czarist rule, and Communism became such an abhorrent doctrine, the contributions of these early Jewish revolutionaries is rarely discussed in mainstream Jewish circles.

It remains one of those episodes, like so many others in Jewish history, that are too often dismissed in favor of a few choice topics and epochs that get all the attention all the time. Yet their idealism sprang from the loftiest of motives, and in the process they had hoped to emancipate the very Jewish people who today still find it disturbing to talk about them.

Because of its passionate nature, the story had to be rebuilt and written in a novelistic style. However, I made tremendous efforts to remain meticulous in my reporting. Only real names have been used. I recreated the scenes and incidents exactly as they were reported to me; either by Bluet herself, her close friends, relatives or members of Marc’s family.

Nothing has been added or embellished. The letters in Part III clearly needed editing to make them more easily understood by the reader, and to incorporate contextual material that helped further the story. Some are a compilation of several letters. But most stay close to the originals (I still have the entire cache tucked away in a safe deposit box, along with the worn and faded red passport that became key to Bluet’s survival, as well as the guidebook she took to Moscow). I also took care to retain the cadence of Bluet’s voice.

Obviously the dialogue had to be reconstituted. But even this was based upon countless interviews with my various sources. Added to these were audiotapes of my long talks with Bluet and others close to the events, plus documents I culled from archives and agencies listed at the end of this book – written material that helped corroborate and expand upon the oral accounts. Where government hearings are quoted, the testimony has been taken verbatim from the public record. The official letters and diplomatic correspondence used in the story are all based upon archival sources available to any reader or scholar.